This paper uses a simple but unique calculative technique to disentangle change in a flux (i.e. NBE) into lagged effect of climatology and concurrent meteorological anomaly effect. This methodology is different from the SAM framework by Ogle et al., in which the legacy effect is quantified by getting weight factor of each environmental covariate.

Because the DALEC2a model contained only one pool related to water cycle (plant available water, SMC), this study could quantify the effect of water pool on ecosystem production only in terms of SWC. However, the methodology here could be applied to other (more complex) models as the authors told, implying that interactions between more various sets of carbon and water pool could be investigated.

With this implication, I would be interested in applying the methodology to SINDBAD framework.

Decomposing into LAG and CON

The authors quantified the lagged effect by introducing the state x of the monthly climatological mean meteorological drivers.

and the two effects constitute the total change in state x in year a (eq. 13)

It seems that the lagged effect in this study is driven by physiological flexibility or sensitivity of the ecosystem. The effect comes from differences in states between ones in long-term mean condition vs. ones in the current condition. If the ecosystem is pretty (in)sensitive then the difference would decrease. 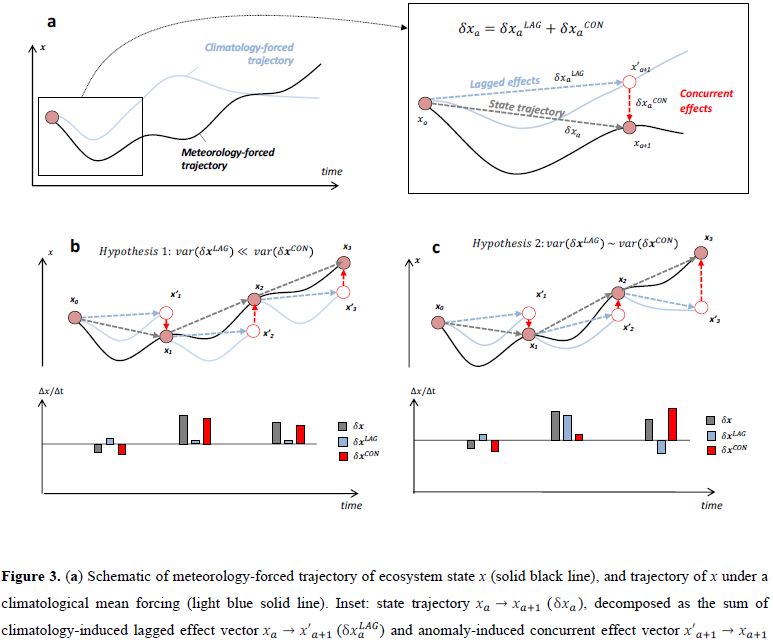 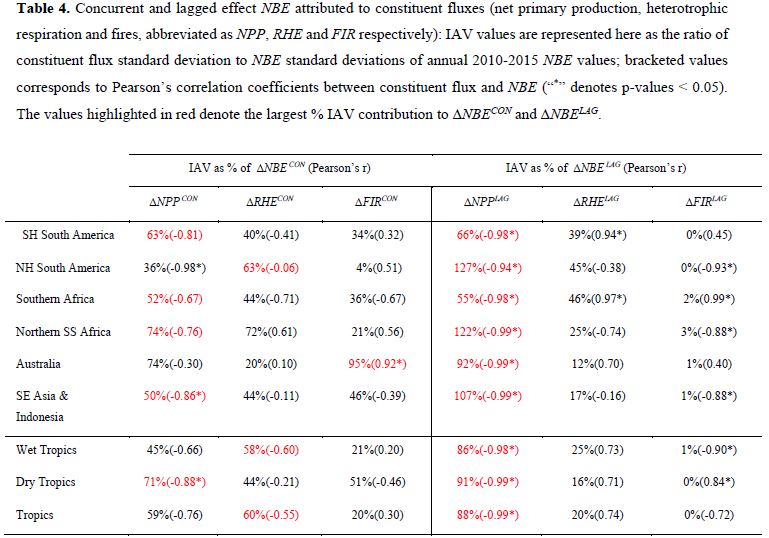 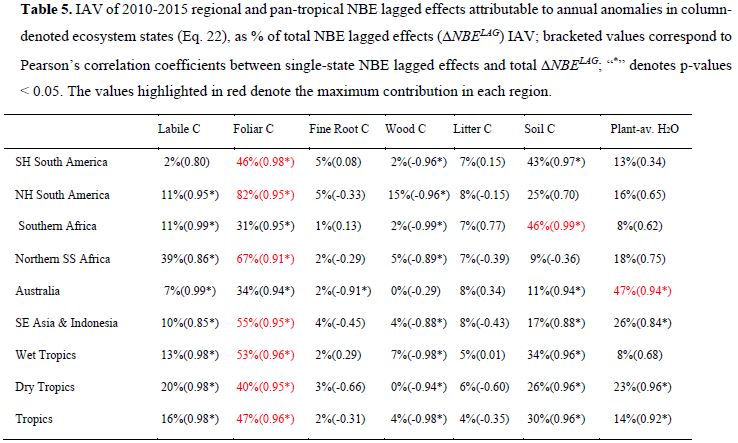