Why did I read this paper?

This paper contains the description and use of a hydrological model that a group I will join deals with.

After calibration, the authors examined contribution of each water storage to the variation of total water storage at multiple spatio-temporal scales. 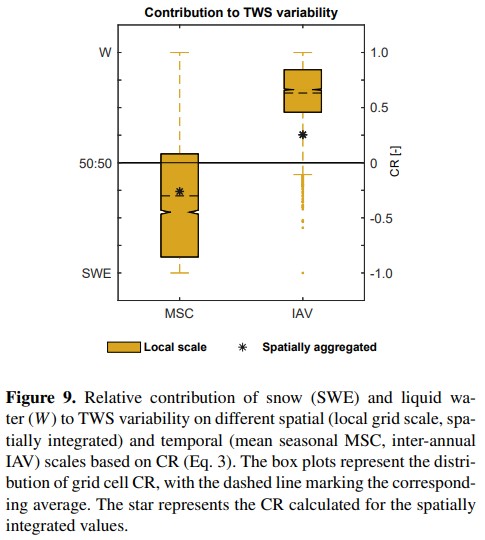 The seasonal TWS variation was driven by the snowpack, while inter-annual variation was dominated by liquid water storages, especially by the soil moisture. 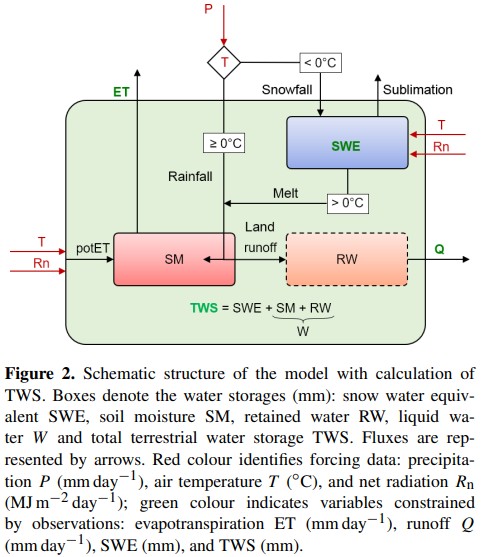 This model is pretty simple and intuitive.

The developers took parsimoniousness into account, resulting in the relatively small number of parameters.

I am curious about the criterion they used to simplify the real hydrology. Why were the vegetation components and soil properties (particle size, …) omitted out?