Soil moisture (SM) and vapor pressure deficit (VPD) have been regarded as the major driver of dryness stress on the ecosystem productivity. However, it has been difficult to separate each effect due to the strong coupling between SM and VPD, which resulted in a number of model representation for the dryness stress. Here the authors show that the SM dominates the dryness stress over the 70% of vegetated land. The methodology used was quite intuitive even though it lacks sound theoretical description. 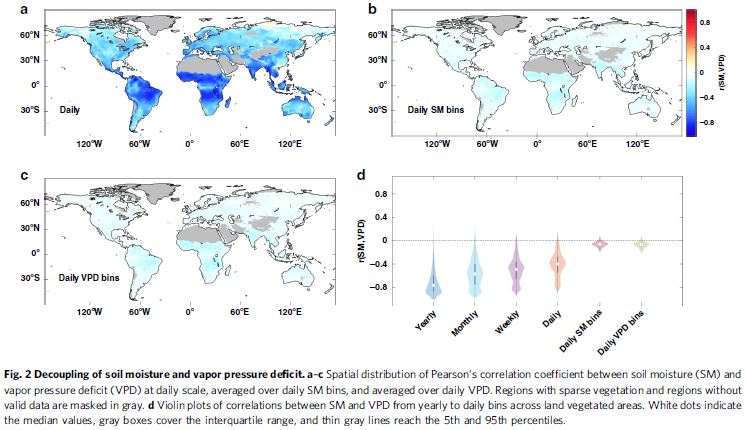 The authors found that the SM-VPD coupling becomes weak at larger timescales (d), globally (b, c). Under this decoupled condition, they tried to explore independent effects of SM and VPD on the ecosystem productivity that was represented by SIF. To this end, they classified SM and VPD into 10 percentile bins each and compared each other.

They did not explain how this decoupling method could work. One possible explain would be that SM and VPD vary with a small timescale so the coupling becomes weak at a smaller timescale. Or, it would be just a serendipity. 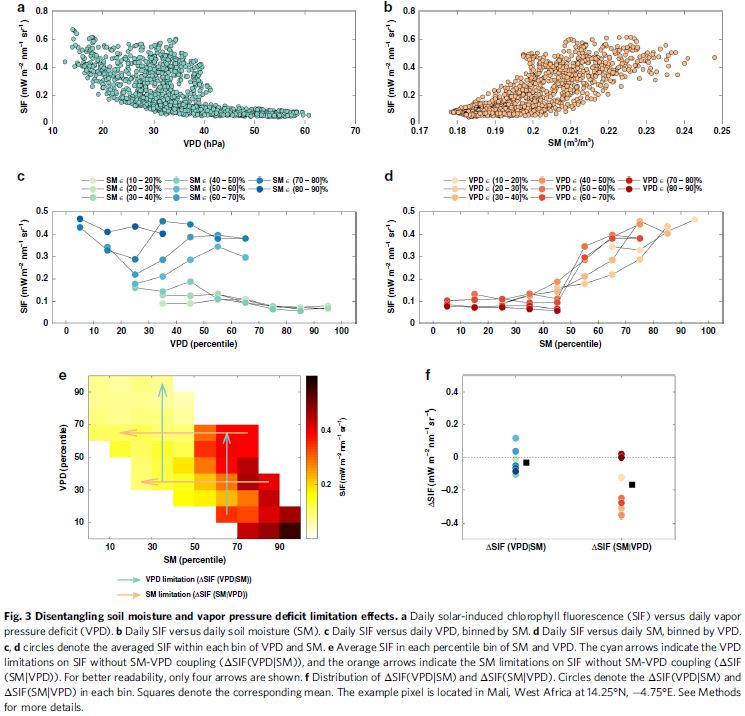 After making them decoupled, VPD-SIF relationship became weak and even reverted in a mediate condition (c). Whereas, the SM-SIF remains strongly negative (d). Also sensitivity of SIF to VPD was near zero (-0.03 mW m-2 nm-2 sr-1) while it was -0.17 to SM (f). 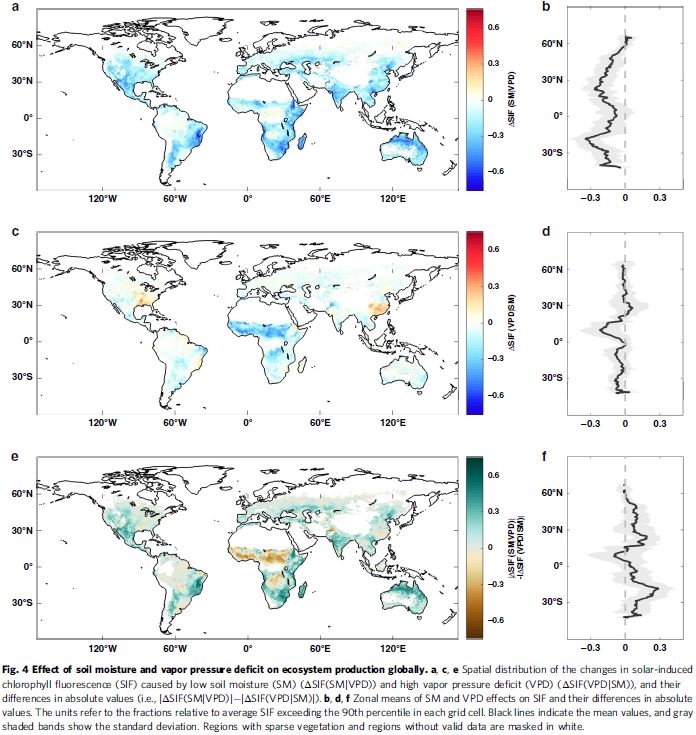 The dominant dryness effect of SM was spatially consistent. Most regions (71.3%) showed larger sensitivity to SM and the VPD effect was important for less (26.7%). Boreal and tropical regions were sensitive to neither SM nor VPD. Main drivers there were radiation and temperature, according to other studies.

Why was SM, rather than VPD, the major driver of dryness stress over most terrestrial ecosystems?

A message to models 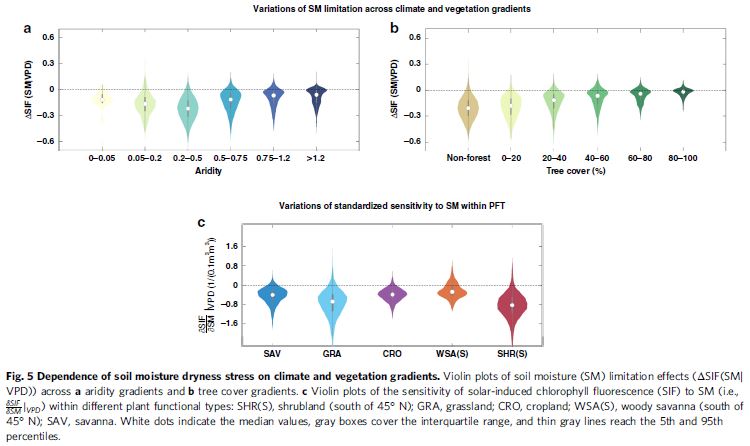 Currently, many models define plant functional types (PFT) to represent heterogeneity of the terrestrial ecosystem. Each PFT is assumed to have the same response to environmental conditions. However, the sensitivity of productivity to dryness stress could vary even in the same PFT (c). One factor for this variation was the diverse hydraulic properties of plants, which should be focused on for the future improvement.

The SM stress was more apparent with decreasing tree cover fraction (b).